CLARKE, CHARLES. PRIOR, Royal Navy 32 yrs, drowned at the sinking (1914)
of HMS GOOD HOPE at the Battle of Coronel

DOVE, JAMES. Private 15707 9th Bn., Northumberland Fusiliers who died on
Tuesday, 8th August 1916. Age 22. Son of Thomas and Frances Dove, of 49, High
St., Steeton, Yorks. DANTZIG ALLEY BRITISH CEMETERY, MAMETZ, Somme, France I. C. 39. Mametz is a village about 8 kilometres east of the town of Albert. The Cemetery is a little east of the village on the north side of the road, D64, to Montauban. Battle of The Somme

HOLMES, WILFRED. 16th Battalion W Yorks Regt (Prince of Wales’s Own) and
was killed on 1 July 1916 at the battle of The Somme, aged 28.He was born in
Addingham but lived in Keighley with his wife Margaret at the time of his
death.His only child, Betty, married Fletcher Wall. The Walls were well known
in Addingham and Fletcher’s father represented Addingham on Skipton Rural
District Council for many years. Fletcher and Betty had two sons, Trevor(who
now lives in Eire) and Beverley(now sadly deceased). Recorded on CWGC website (www.cwgc.org.uk/detailed.asp?casualty=793008) 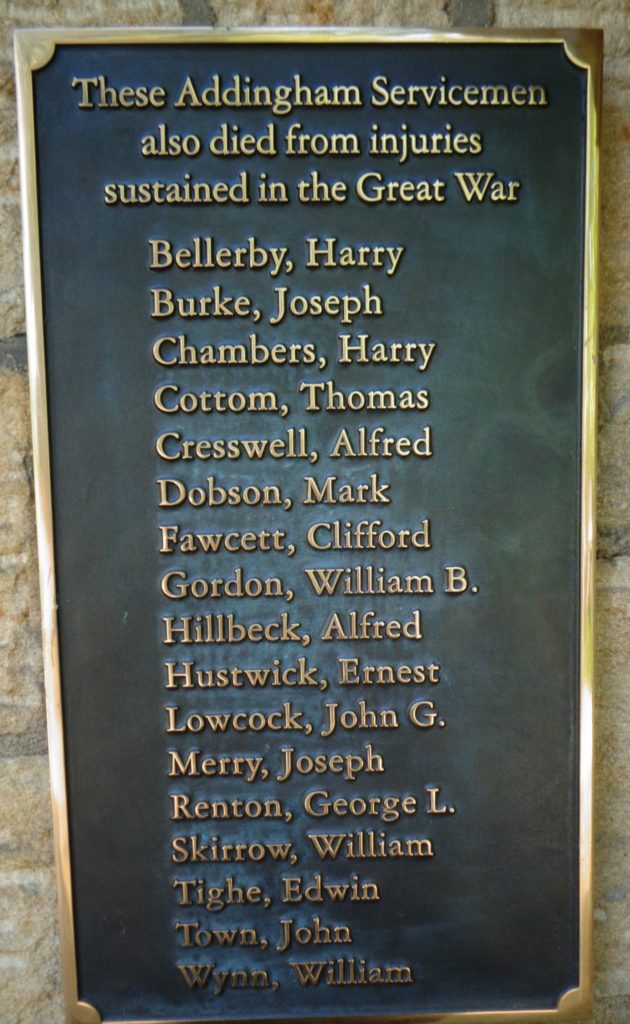