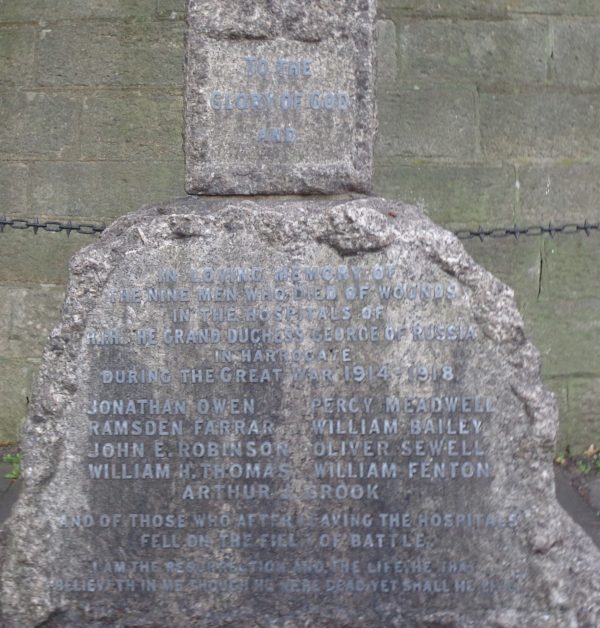 Her Royal & Imperial Highness, Marle Georgievna Romanova, known as the Grand Duchess George of Russia, was visiting Harrogate when the Great War began.  She founded hospitals and convalescent homes for wounded servicemen, including Tewit Well, Heatherdene, St George’s and St Nichols’s, funding them generously and nursing patients herself.  Her hospitals treated nearly 1200 casualties between 1914 and 1919 in an outstanding act of humanity.  The memorial cross was given to Harrogate by the Grand Duchess in 1921 to commemorate patients who had died of their wounds.

Located on Wetherby Road, adjacent to the Stray