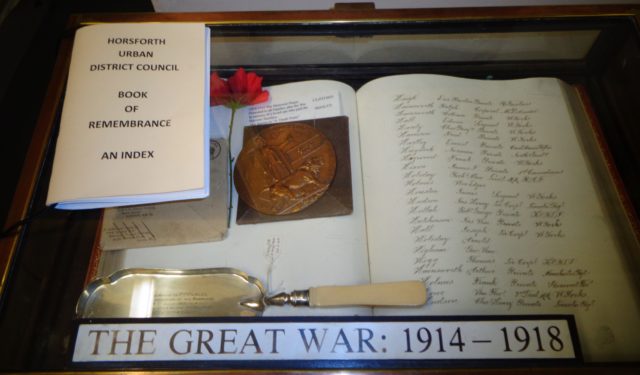 The Book of Remembrance is in four sections:

1 Those who served in World War One

2 VAD Nurses who served in World War One

3 Those who died serving in World War One

4 Those who died serving in World War Two

Sections 1 & 3 are not in alphabetical order in the book but have been combined and arranged in alphabetical order in this index.    Those who died have been annotated.   Some but not all the names in section 3 appear in section 1.   In some cases there appears to be a variation in the forenames and regiment, where this occurs both variants are shown in the index.   In addition to the Book of Remembrance, Horsforth has the following War Memorials/Rolls of Honour: