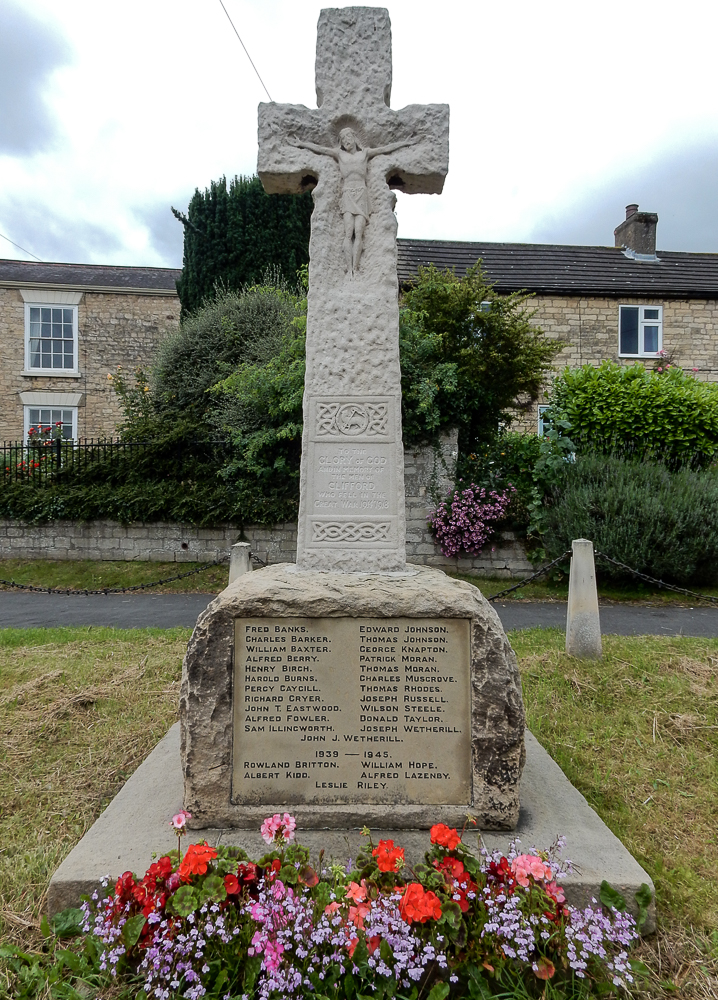 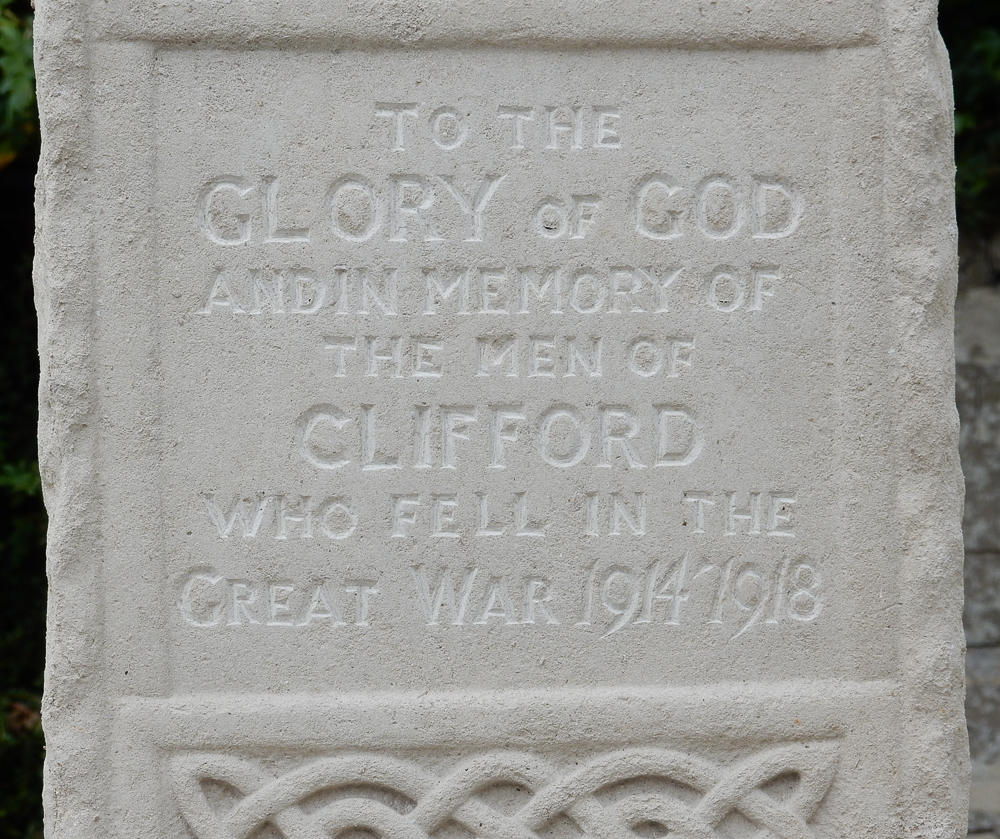 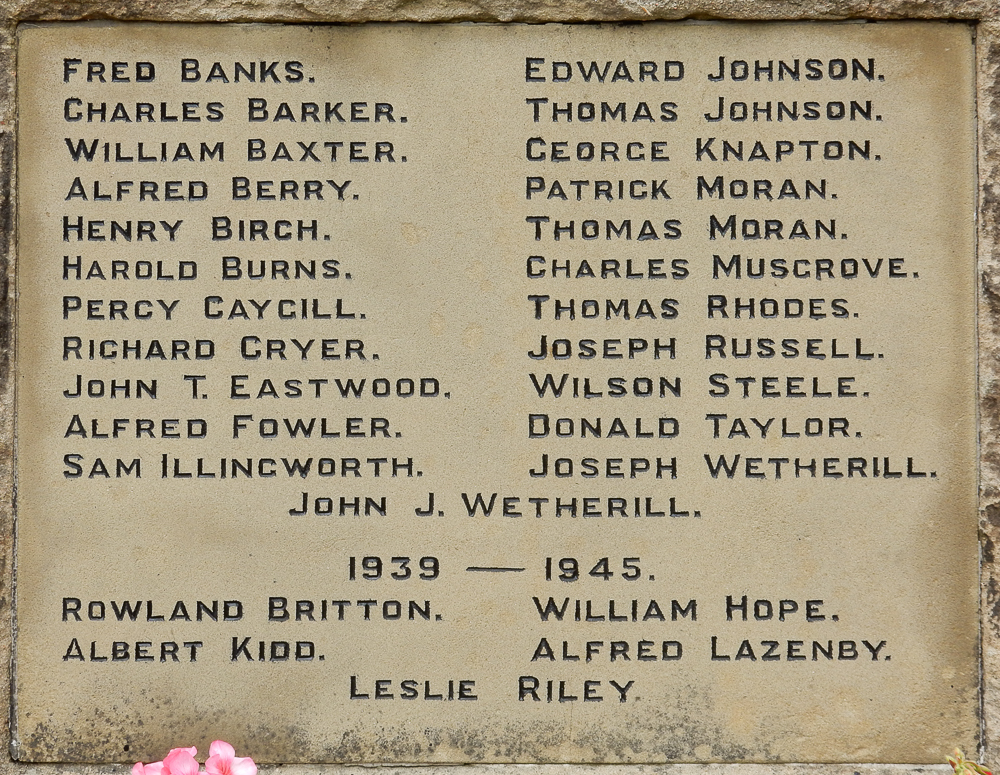 The Clifford War Memorial was erected in 1921. It was paid for by public subscription and subsequently passed into the care of the Parish Council. It stands near to the site of the village pump which was removed in 1936.The Stone pillars around the memorial were provided in 1996 to mark the centenary of the creation of Clifford as a separate civil parish. Clifford Parish Council 1896-1996. 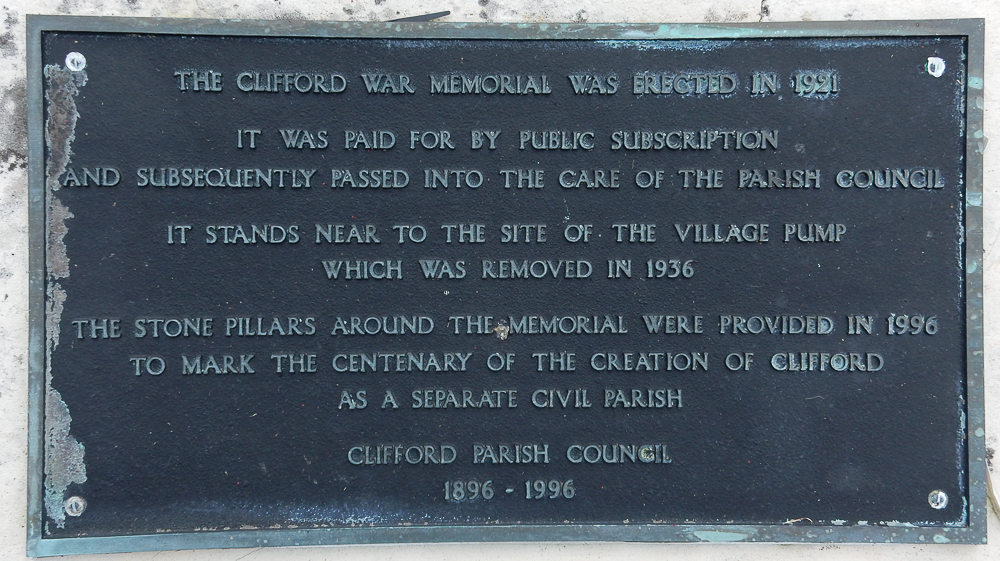